Future Media Concepts is proud to introduce you to our elite training staff.

Future Media Concepts' trainers hold manufacturer certifications, have extensive teaching experience and an intimate knowledge of their discipline, obtained through years of practical application. In addition, many hold New York State Department of Education teaching licenses. When not in the classroom, they work as video and film editors, CD-ROM authors, animators, digital illustrators, web-site designers, programmers and consultants. The ability of our trainers to relate their real-life work experience to the class lessons, combined with the manufacturer-authorized curriculum and our small class size, makes each course at FMC an ideal learning situation.

Here is a small sampling of FMC's elite training staff.

Jeff I. Greenberg has nearly two decades of experience as a Post-Production consultant and Master Instructor (trainer for other trainers) for Adobe, Apple, and Avid, specializing in the areas of editorial, workflow, compositing, sound, color grading and compression. He is the Principal Instructor for FMCTraining, the worlds largest creative digital education group, with offices in the US, Dubai and India.

Consistently voted as one of the top seminar speakers/interviewers, audience's feedback includes depth of subjects covered, approachability and student-centered teaching that helps keep them up to date on industry standards. Jeff teaches seminars at events such as NAB, IBC, CES and Inter BEE. He's the chair for the Editors Retreat, an annually held exclusive getaway for editors.

Jeff is a published author of several books on the subject of editing and post-production. He recently finished a book on Adobe Premiere Pro Studio Techniques (Adobe Press.) Jeff also writes for various blogs and creates training materials for Lynda.com and macProVideo.com.

Tibor is originally from Yugoslavia where he earned a BA in Composition and Conducting and worked as a staff composer for RTV Novi Sad and Novi Sad Theatre. After immigrating to the US, he was featured in Keyboard magazine's DISCOVERIES, toured as keyboardist with Little Anthony and Del Shannon and released a CD of his American film and stage music on his own. Tibor has earned two Masters Degrees from Montclair State University (Music Composition and Communication Broadcasting), and a mini-MBA from Rutgers University.

Tibor has published articles, interviews and essays in Hungarian, Serbo-Croatian and English. Currently he is the State Department's accredited US correspondent for Magyar Szó, a Hungarian daily in Serbia. For ten years he has also served as an adjunct lecturer for CUNY; contributed documentaries for DUNA TV-Budapest and since 2000 has been a speaker and panelist at the National Association of Broadcasters conference in Las Vegas.

Tibor's featurette Overnite Shift, was presented at the 2009 Cannes Festival. (He also trademarked OVERNITE SHIFT as a clothing brand.) He recently published a book Amerikai Vagyok (I'm American) - collection of essays and interviews in Hungarian. Tibor is currently recording a CD of original solo piano music and writing a book in English titled Living in Amerika.

A Boston native and graduate of Mass College of Art, Alex Kaloostian began his career at Future Media Concepts as a video instructor and still actively works as an editor, creating commercials and special effects for clients as varied as Sam Adams, Harvard, ESPN, Walmart and NASA.

Alex is a certified instructor for a full range of Apple products including Final Cut Pro, Motion, OS X, OS X Server and Apple XSAN, as well as Adobe Photoshop, Illustrator and InDesign. As an Apple Certified Media Administrator and Apple Certified System Administrator, Alex works regularly with OS X Server, teaches classes on directory service integration and mobile device management, and he keeps his skills sharp by managing all of the servers and Macs for FMC.

Nick Harauz is a certified Adobe, Apple and Avid Trainer. He has an uncanny ability to engage his students and create a level of relatedness that keeps them coming back for more. Since 2002, Nick also works with domestic and international brands offering video production and motion graphic services. He has worked with clients such as Proctor and Gamble, Diageo, Virgin Mobile, Nando's and Blackberry.

In 2013, Nick wrote his first book on Apple Motion 5 available on Amazon. This year he has spoken for Adobe at the launch of CC 2014 in Toronto and at After Effects World Conference in Seattle, WA. Currently, Nick is working on his first feature film entitled "Lost and Found". When he is not teaching, travelling or creating video content, this half Ukrainian, half Trinidadian can be found playing tennis.

Marianne Post is both an Avid and Apple Certified Instructor for Future Media Concepts in Chicago. She also freelances as an editor on documentary, marketing and promotional projects. Marianne has been a speaker and technical chair at several industry conferences, including the NAB Post|Production World Conference, DigitalMediaDC and the Avid Government Training Symposium. Additionally, she has been a contributor to several leading industry magazines. 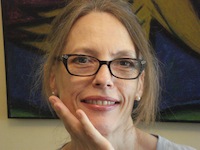 Tamera Martin defines herself as an ARTIST and an EDUCATOR, and (embarrassingly) a bit of a TECHNO GEEK! Tamera says she embraces art fully as it stems from and leads to illumination but believes "to truly maximize your art, you must master your tools."

With over 15,000 hours as classroom teacher, Tamera has guided nearly 2500 students, ages 18 to 80, everyone from novice teens to working industry pros from major networks and studios such as FOX FILM, SONY, DISNEY, ILM, DIGITAL DOMAIN, PIXAR, WARNER BROS, NBC, CBS, ABC, et a; she is a "Teacher of Teachers" at notable film schools, an on-site educational consultant, and the former Director of the Film and TV Editing Program at an LA based post production school and is currently teaching faculty in the MFA Editing Program at AFI.

To her classes Tamera brings not only technical know how and translation, but also her 23-year professional experience as an editor and producer which includes: 4 full-length broadcast documentaries with an emphasis on social and environmental justice concerns for PBS, Turner, and Discovery(Emmy and WGA nominations); award-winning Avant Garde 35mm shorts, high-profile corporate branding and commercial (Telly nomination), television and broadcast news.

As an educator she feels it is her duty to care deeply, to ignite the spirit, illuminate the mind, seek truth and beauty, achieve mastery of craft, to re-define the possible for her students, and to make learning fun!

Liron has been a senior IT engineer for over 10 years, working extensively with both Windows & Apple operating systems, networking, servers, and troubleshooting. Liron has served as an IT team leader for Motorola Communications Corporation, and as an IT manager for TEVA Pharmaceutical, where he managed the customer support help desk and was instrumental in the hiring and training of the technical staff.

Liron is based in NY, and is a bilingual instructor, being fluent in both English and Hebrew. 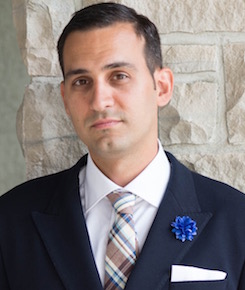 Zvon Petric boasts over 15 years of experience in the IT industry. His experience in integrating solutions from cross-platform environments gives him a unique perspective on Max OS X in the enterprise. His career started in the Microsoft world configuring, monitoring and implementing Windows NT to Windows 2008 server and everything in between.

His experience in strange unfamiliar environments gives him a quick edge on troubleshooting skills when things go wrong. Very quickly he can diagnose and propose a solution to a problem. He’s also pretty easy to talk to with an outgoing and approachable personality (just make sure he’s had a coffee first!).

Charles E. Brown is one of the most noted authors, teachers, and consultants in the computer industry today. His first two books, Beginner Dreamweaver MX and Fireworks MX: Zero to Hero, have received critical acclaim and are consistent bestsellers. This year, Charles will be releasing books on VBA for Microsoft Access, and the new Microsoft FrontPage environment. He is also a Fireworks MX contributor for the MX Developer's Journal.

Charles is also a noted classical organist, pianist, and guitarist who studied with such notables as Vladimir Horowitz, Virgil Fox, and Igor Stravinsky. It was because of his association with Stravinsky that he got to meet, and develop a friendship with, famed 20th-century artist Pablo Picasso.

Luisa Winters is an internationally celebrated instructor, presenter, and musician. An accomplished videographer, editor, 3D animator and graphics designer, she has created and edited scores of broadcast video and web projects for corporate, government, and educational, commercial and private clients.

An accomplished violinist, Luisa was, at the age of 13, a full-time member of the National Symphony Orchestra in the Dominican Republic. While attending the legendary Peabody Conservatory (in Baltimore, MD), Luisa learned from master musicians: Henryk Szeryng, Berl Senofski, Aarond Rosand, Charles Libove, and Leon Fleisher, among others.

Expressing her art in digital form, Luisa became an editor and motion graphics artist in 1985, and has been performing both arts full-time since that point in time. Luisa was the Adobe Premiere Pro Technical Chair for the Post-Production Conference at the 2008 NAB convention in Las Vegas.

After completing an AS degree in Graphic Design, Sean obtained a BFA in Animation from the International Academy of Design - Tampa. Classically trained as a 2D animator, Sean has been working with computer animation since 1995.

Katherine Houghton is a graduate of the Rochester Institute of Technology with degrees in Graphic Design and Industrial Design. She has held multimedia, graphic design, and consulting positions at numerous companies including KPMG LLP, one of the big five Accounting Consulting Firms where she managed the Multimedia Department. During the ".com" boom of the 90s she was promoted to Vice President of Confidant Inc. where she managed the entire look of all visual materials including the marketing and Internet presence. 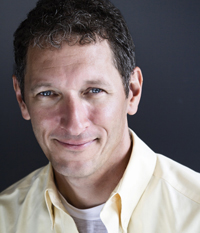 Paul has been teaching for over 20 years, is a certified CompTIA CTT+ Classroom Trainer and has been an ACE in Photoshop, Illustrator and InDesign for all versions of the Adobe Creative Suite (ie. since 2004).

When not training, Paul stays actively involved in layout, design and production, freelancing in a wide range of settings.

Jonathan Perl is a Logic Master Certified trainer, and has been teaching Apple's Logic Certification courses throughout the US. He is the founder and President of the New York City Logic Pro Users Group.

For over ten years, Jonathan has been the Associate Director of the Sonic Arts Center at The City College of New York. He has shaped the growth and direction of this unique 4-year BFA training program in Music and Technology, offered to a select group of talented young producers from all over the world.

In addition to his active teaching and training schedule, Jonathan is currently providing underscore and sound effects for video projects, as well as consulting with composers for film and video. More importantly, he is raising his family in the still-beautiful, if not over-developed, Mid-Hudson Valley, in New Paltz, NY.

Teaching is Steve Horelick's latest and oldest passion. Soon after graduating from Carnegie Mellon University in 1976 Steve taught electronic music and audio recording techniques at the world renowned Aspen Music School and Festival. Recently he has been a guest lecturer at several universities.

Steve currently composes original soundtracks for TV and film. His credits include more than 350 TV episodes including such award winning productions like PBS's Reading Rainbow. His film scores for HBO's baseball documentary "When It Was A Game" earned him his first EMMY nomination. Other recognitions include New York Film Festival Gold, Grammy, several advertising awards and many others. His songs and lyrics have been recorded by major artists including: Chaka Khan, Bobby McFerrin, Larry Coryel, Peabo Bryson, Phoebe Snow, John Sebastian and others.