FMC courses are available Online from the conveniency of one’s home or office; these courses are live interactive courses. 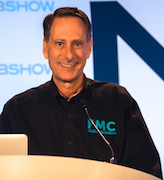 Jeff Rothberg holds a BSC degree in Communications from Ohio University and is a 30 year veteran of the TV, film and video industries. He began his career working with the leading advertising agency of Kenyon and Eckhardt as Account Supervisor, managing such accounts as Quaker State, Pabst and Lincoln Mercury. He then joined forces with LRP Video, a leading 10,000 square foot post-production facility, where for in addition to aiding in the facility's initial design and continual upgrades, Rothberg mastered a variety of disciplines ranging from facility management through production.

Jeff has a strong background in production, post-production and facility management. In 1994, he co-founded Future Media Concepts, Inc. 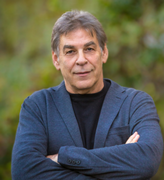 Prior to FMC, Ben Kozuch was President and Founder of Multimedia Productions, Inc., a video production company that specialized in international business training videos and production of video and audio training materials for universities, corporate trainers and documentaries.

Ben holds an M.B.A. in International Business from the European School of Management in Paris.

"I would certainly recommend Future Media Concepts to anyone with serious aspirations of success in their creative business...of course, a training facility is only as good as its instructors and in that respect FMC deserves a gold medal..."

"Most important, the instructor was great. He was the first instructor that kept me interested in class the whole time. His technique of teaching us made understanding the application better."

"I am a graphic artist who attended the Adobe Master Class. Future Media Concepts taught me the smartest, most efficient way to think and work graphically. I learned the correct terminologies and proper approach to prepare my projects. In addition, I learned how to express myself and be understood within the visual media community."

Parrish J Schoon
Government of the District of Columbia

"I had such a special time as an [Adobe Video World] attendee and just loved every second of it. I really needed to up my game with After Effects and this conference was the best educational event I have had all year long. It was perfect for me as a beginner in AE because it was concise, there were classes at all levels — I got the basics and was equally prepared for continuing education. The instructors were the best in the world, I got to make important connections with Adobe staff and make new friends from every corner of the business. You all did a fantastic job!”

Future Media Concepts is proud of the recognition from the following organizations: